The safety and well-being of our families, community, and employees is our top priority. We are proudly providing Live Streaming Services.
Learn what we're doing to keep families safe in response to Coronavirus (COVID-19).

We have years of experience caring for families from all walks of life, cultures and faiths. Our unsurpassed staff and our family provide kind, caring, professional service. Each family comes to us because they know we are leaders in our profession who are dedicated to excellence in service, adhere to the highest funeral industry standards, and have exceptional integrity. We consistently earn phenomenally high customer satisfaction survey results.

Our licensed, professional staff is here for you 24 hours a day, 7 days a week. Please call 209-239-1242 anytime. We will even come to you to make arrangements in the comfort of your home.

Prompt, compassionate service is always just a phone call away, where and when you need it. 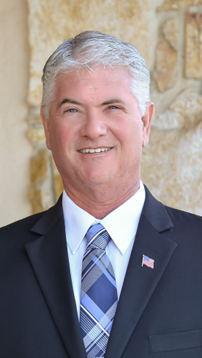 Ken's great-grandfather and grandfather, P.L. Fry and Paul Fry, started the P.L. Fry & Son Funeral Home in Manteca in 1932. Ken became manager after his grandmother, Lucille O. Fry, retired. Ken is a Licensed Funeral Director, Licensed Crematory Manager and Licensed Cemetery Manager. He was raised in Manteca his entire life and is a 1977 graduate of East Union High School and also a graduate Delta Junior College. Ken is married to his wife, Lynne and has two adult children, Kara and Kenny, and two special grandsons, Grant and Owen.

“The goodwill and reputation of P.L. Fry & Son has always been regarded as second to none.”

"Our guiding principles are built on honesty, integrity and quality in all we do." 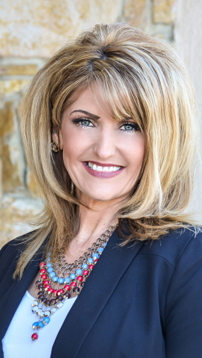 Charla is the great-niece of the late Lucille O. Fry. She has been employed by P.L. Fry & Son Funeral Service since January 2001. She was born and raised in Manteca and graduated from Manteca High School with the class of 1990. Charla is married to Rick, and together they have one daughter and three sons. She is extremely involved with her children’s activities both at Manteca High School and Shasta Elementary. She stays busy during the summer months on through the winter months with football, basketball, wrestling, and cheerleading in the local Manteca and Lathrop communities. Charla supports many organizations in her community and serves on the committee for the Every 15 Minute Drunk Driving Program through the Manteca Police Department. She and her family attend Grace Community Church in Lathrop, where her children are involved with their youth group. As a hobby, Charla and her mom both are breeders of Shih Tzu puppies and Toy Poodles. She enjoys planning unique special events, traveling, and spending as much time with her family as possible. 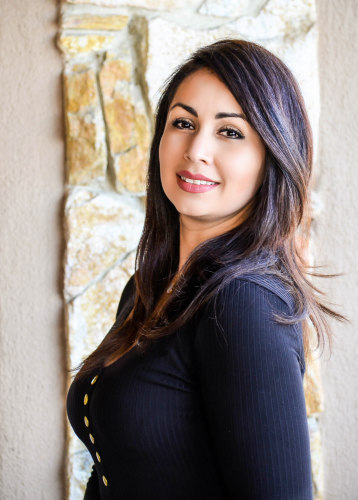 Alma is a longtime Manteca resident. She attended Sequoia Elementary School and graduated from Manteca High School class of 2001. She is a member of Our Lady of Guadalupe Catholic Church in Lathrop. She enjoys spending time with her boys and attending community events. 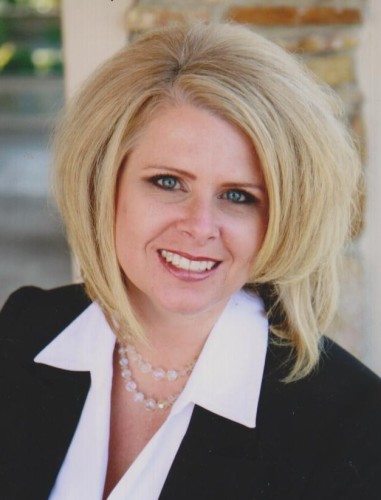 Tiffany was born in Martinez, California and graduated from Alhambra High School. She received an A.A. degree from Diablo Valley College and a Bachelor’s Degree in Business Management from Sacramento State University. She married her husband John Perez in 2000, and they now have nine amazing children. Having a large family has become the most thrilling and adventurous thing she has ever been a part of. Besides being a busy mother and wife, Tiffany is also a faithful member of Central Valley Baptist Church. She is also a JV Softball coach for Sierra High School where she truly loves being able to share her passion for the sport with other girls. In her spare time, she loves spending time outdoors with her family camping and enjoying their various range of sports they are involved in. She loves the caring and professional atmosphere at P.L. Fry & Son Funeral Home and looks forward to a lasting partnership. 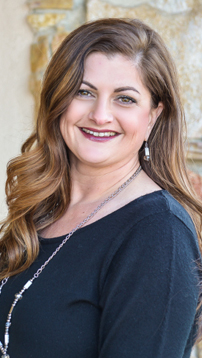 Cathy grew up in San Jose and met her husband, Chad, while in high school. She worked as a Paralegal at a Bay Area Law Firm before settling down to raise a family. In June, 2001, Chad and her moved from San Jose to Manteca. They have three amazing children who are all active in various sports, including cheer, swim, baseball, football, track and cross country. Cathy has been involved in all their activities, both in the classroom and outside the classroom,  including serving on the Boards of Northgate Little League and MYSA. Her best days are spent on the sidelines of her kids games cheering them on. In what free time she has, she loves watching football and reading. She is honored to be a part of the P.L. Fry & Son family. 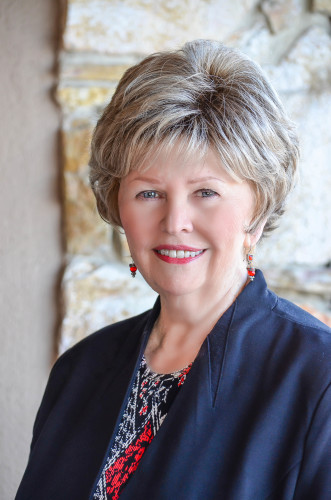 Sandra is the daughter of Paul and Lucille Fry and mother of Ken Summers. Sandra also has two daughters, nine grandchildren, and four great-grandchildren. Sandra was born and raised in Manteca and is a graduate of Manteca High School. She earned her her Bachelor's Degree in Psychology from California State University, Stanislaus. Sandra has been facilitating bereavement classes for P.L. Fry & Son since 1999 and works with Community Hospice of Modesto. Having been widowed twice and lost many loved ones over the years, she has the understanding and compassion for the people in each of her groups. Sandra is a member of St. Paul’s Methodist Church, the Manteca Historical Society, and the American Cancer Society. 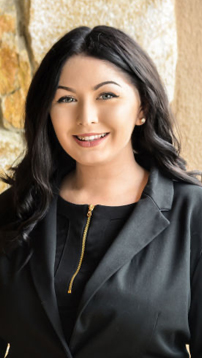 Michelle was born in Redwood City and grew up in Lathrop, graduating from Lathrop High School in 2013. With her love of education, Michelle holds three Associates Degrees and recently received her B.A degree through Stanislaus State University, majoring in Sociology with a concentration in Human Services. Michelle has worked in the funeral industry since 2017 and has been with P.L. Fry Funeral Services since early 2019. She absolutely loves working with families and feels that the P.L .Fry staff is her second family. She aspires to one day obtain her Funeral Director’s License because with her kind spirit and passion of wanting to help others, Michelle feels her purpose in life lies in this profession by helping families while thoughtfully caring for their loved ones. She is hoping in the future that P.L. Fry will adopt an emotional support animal for the grieving families she tends to daily; she feels this would make a great addition to the staff and the surrounding communities. In her free time, she enjoys spending time with her fiancé Jared, listening to podcasts, music, and cuddling with her fur babies. 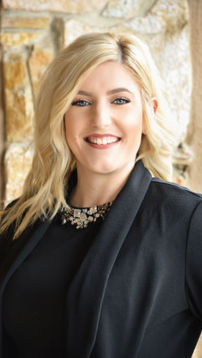 Katie is the great-great-niece of the late Lucille O. Fry. She was born and raised in Manteca and is a 2011 graduate of Manteca High School. Katie is engaged to be married to Francisco in late 2020. She has been employed by P.L. Fry & Son Funeral Services since 2018 and previously with the Catholic Diocese, managing St. John’s Catholic Cemetery, Escalon, Ca. She has over 8 years of experience understanding both the cemetery side and the funeral side of the industry. Katie has found a new appreciation serving families, prearranging their final wishes with both cremation and burial. She has been volunteering with the local E-15 programs for the past 15 years advocating against drunk driving. She enjoys community events, meeting new people, planning family events and wine tasting with friends. 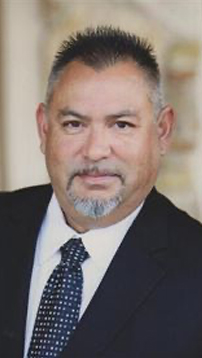 Ramon Gonzales was born and raised in Manteca, attending Manteca High School and graduating in 1981. He received his degree in Business Management in 1984. He is married to Sherry, and together they have eight grandchildren who they adore. At the young age of 16, Ramon started his first job at New Deal Market in Manteca, where he grew to love the grocery business; twenty years later, Ramon retired as a Grocery Manager working at various super markets. He is musically inclined; playing the saxophone, drums and the congas. Ramon’s passions include taking road trips on his Harley, camping and  boating with his wife and friends, and he absolutely loves his English Bulldog, Chubbs. 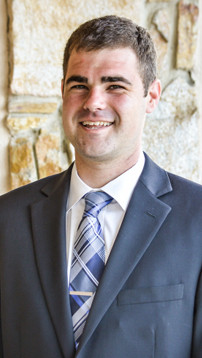 Kenny graduated from Manteca High School in 2010. He recently graduated from California State University, Stanislaus with a degree in Business. Kenny also works part-time at the Manteca Public Golf Course. Kenny enjoys all types of sports and especially likes following the Sacramento Kings. 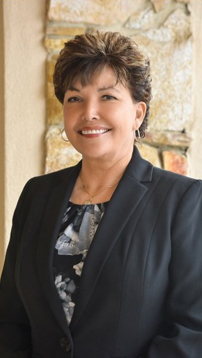 Norma was raised in Manteca, attended local elementary schools and graduated from Manteca High.  In 2017 after 30 years of public service, she retired as a Deputy Purchasing Agent with the County of San Joaquin.  After retirement she wanted to continue in a service related role, which she is blessed and honored to have found as a member of the PL Fry & Son Funeral Home family.  In 2018, she was certified by the InSight Institute as a Funeral Celebrant. Norma is married to Steve Orozco and she has two awesome adult step-children, Kelcy and Alex.  Norma and Steve both enjoy running, camping, traveling, spending quality time with family and friends, and spoiling their dogs.  Norma is a life long parishioner at Saint Anthony’s Catholic Church where she is actively involved as a Music Minister, Lector and Eucharistic Minister to the sick and homebound. 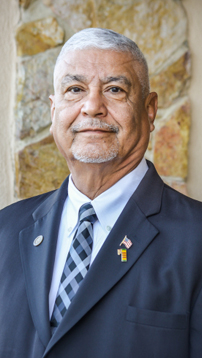 Alfonso was born in Compton, California. He graduated from Lakewood High School in Lakewood, California. Upon graduation in 1964, he enlisted into the United States Army where he continued to serve his country for the next 10 years. During his enlistment he was able to obtain his Bachelor’s Degree in Business Administration.

After his separation from the United States Army he pursued a long and varied career in Public School Education, retiring in 2007. During this time, he became an Instructor for the American Red Cross, teaching hundreds, if not thousands, of people CPR and First Aid over a seventeen-year period. Additionally, he was an equestrian volunteer for the United States National Park Service. He provided trail monitoring and search and rescue, when needed, in the Santa Monica National Park. Currently he is a member of the SAFE organization (Seniors Assisting Firefighter Efforts) serving the community of Manteca.

Alfonso married his wife, Lisa De La Rosa, in 1999 and together they have seven children and nine grandchildren. They enjoy camping, fishing and boating with their family and close friends. 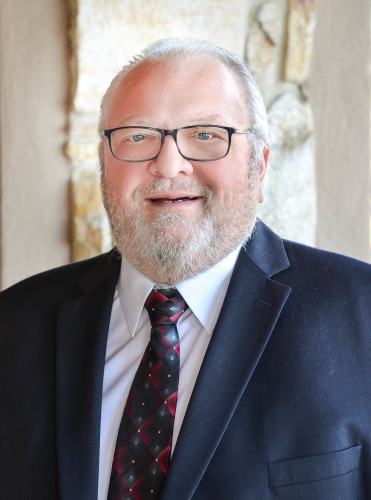 Bill retired from active Pastoral ministry after 42 years. He still enjoys serving families in many capacities and especially in times of loss.  Bill is blessed with a wife and family and his three granddaughters are a source of great joy.

You are welcome to call us any time of the day, any day of the week, for immediate assistance. Or, visit our funeral home in person at your convenience.